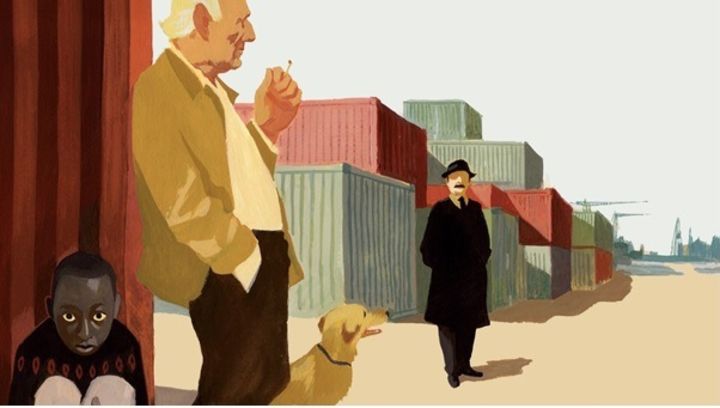 Le Havre – movie by the Finnish director Aki Kaurismäki, released in 2011. In January 2012, the film won 6 nominations (including Best Film of the Year) for the Jussi Awards (Finland's main film award).

The action takes place in le Havre city. There lives the old shoe shiner Marcel Marx. He is a regular old man who only has a wife, a dog and an empty wallet. One day Marcel Marx finds an illegal immigrant from Africa, the minor boy who must get to London to his mother. Marcel is the only one who is able to help the boy in this city. He hides the boy from the police and then helps him get to London.

There are no scenes of a sexual or violent nature in the film. Despite the cold Nordic atmosphere of the frame through which we literally feel the frosty wind on us, the film itself remains very warm and light.

Style of this movie seems like all the characters and all the settings seem to be in the 90s or 80s even though practically the movie takes place in the present. It worked great and gave the movie its own charm. The film surprises with the unhurried rhythm of the storytelling (this can be quite unusual for an untrained "eye" who used to watch Marvel movies). Le Havre is a world where moral laws are more important than public ones. This is a story (or maybe even a fairy tale) where children find parents, terminally ill people recover, and strangers disinterestedly come to each other's aid.